If there was any damned justice in the world, The Abhorsen Series by Garth Nix would be as well known as Harry Potter. Young protagonist learning about their magical birthright? Check. Creepy semi-dead bad guy? Check. Expansive magical world built as solidly as a brick house? Check. Fun, exciting plot that starts out simple, then is revealed to actually be really complex and convoluted, yet the author still manages to steer the ship true and bring it all home in a really satisfying way? Check. YA fiction that’s still deep, engaging and layered enough to be enjoyed even by the most cynical of adults? Check. And of course, bonus points for numerous bad-ass female protagonists. Imagine Hermione Granger, if it was her destiny to defeat the living dead with an enchanted sword and bells.

And yet, don’t get me wrong. This isn’t a Harry Potter knock-off. Sabriel, Lirael, Abhorsen, and the recently published Clariel inhabit their own unique world, with their own unique characters and plotlines.. In the kingdom of Ancelstierre, they don’t believe in silly things like magic. They have cars, electricity, and guns. But at the southern border of Ancelstierre runs The Wall, and past that the Old Kingdom, where—since the kingdom fell—magical creatures, sorcerers, and the living dead run amok. Also, modern things like electricity and guns don’t work so well south of The Wall. 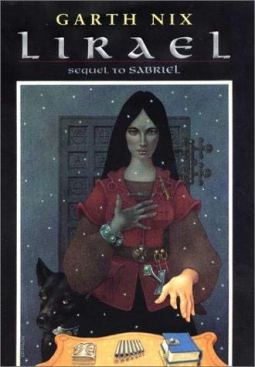 Enter Sabriel, a teenage girl in a boarding school in Ancelstierre who finds out she is the daughter of the Abhorsen, a necromancer whose job is to make sure the dead stay dead. His powers include the ability to travel into the land of the dead and to bind and command the dead with a set of magical bells, each one of which has its own powers and its own dangers.

Through magical channels, Sabriel’s father informs her that he is trapped deep in the land of the dead, and sends her his set of bells and his sword, informing her that she is heir to the mantle of the Abhorsen and she must set things right.

Well, that’s all you really need to know. The world of charter magic and free magic, necromancers, charter marks and free magic elementals, only gets better and better as the series goes on. 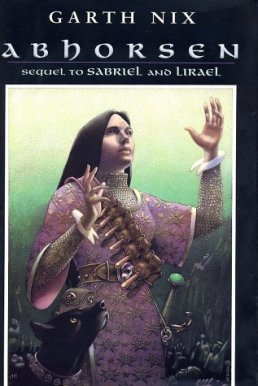 If I could kidnap Guillermo Del Toro, tie him to a bed in a cabin in the woods, and break his legs with a sledge hammer in order to make him create a movie of my choice, I’d make him direct adaptations of these books. Probably starring Hugo Weaving in one role or another. And Tim Curry as the voice of The Mogget, a powerful free magic creature trapped in the form of a cynical talking cat.

Oh wait, but I was here to tell you about that one weird trick.

Okay, so I’d already read these books and enjoyed them immensely. But then, reading the author’s biography, I realized that Garth Nix is Australian. Which means that all of his characters likely have Australian accents. I read the books again, keeping that in mind.

I was finally reading this work as it was meant to be read. Not “the Abhorsen,” “thee Eebhoahsin!”

Go ahead and try it. You can thank me later.